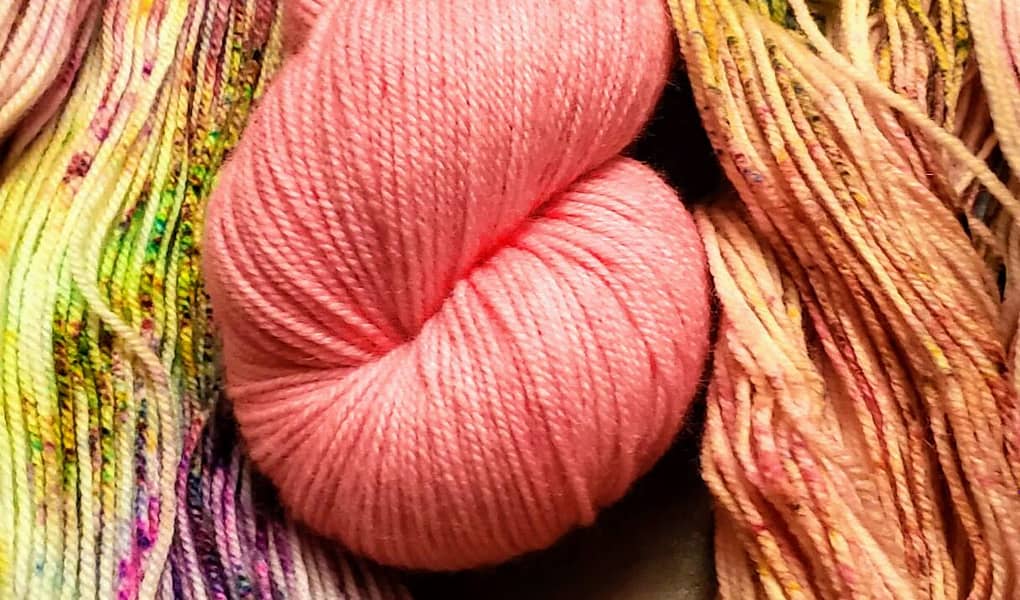 At one point in my knitting life, I would have said that I was a diligent practitioner of knitting monogamy. The memory is a bit hazy, but I faintly remember being a one project type of gal. In fact, I couldn’t even begin to understand knitters that complained about having too many projects on the go simply because I couldn’t wrap my head around the concept. Why would anyone want to overwhelm themselves that way when they could just focus on doing them one at a time? It seemed bananas to me.

Fast forward to today, and I couldn’t even tell you who the hell that person was! I mean, she sounds like me, but she was clearly full of naivety, and at the beginning of her knitting journey, because now I don’t even remember what it’s like to focus on just one project. It’s just downright unfathomable.

In all honesty, I mainly blame myself, but I also blame my fibre friends for exposing me to so many patterns and projects. They have introduced me to so many knitwear designers that I find myself falling in love with a new design almost daily and adding it to my ever-growing queue. It feels like I simply blinked, and just like that, poof, my knitting monogamy was out the window without a second thought.

Now, it’s an occasional occurrence for me to have almost 3 or 4 projects on the go, and adding in my own designs can sometimes bring the number to 4 or 5. Personally, I know that I need to exercise my restraint a bit more and try to clear my slate as often as possible, but I’ll also admit it’s getting harder and harder every year. It’s an easier said than done type of situation, and I own it entirely.

So this year, in typical me fashion because I’ve learned nothing, it’s only February, and I’ve already found myself overwhelmed with projects. Between preparing for my pullover test knit, working on a new design, the year of gnomes, and the fibre friend knit along, I can say with all certainty that I’m starting to doubt my ability to get everything done in time. And those are the only things happening right now that I can talk about publicly. Phew! I mean, I’m tired, but I’m also excited just thinking about it all. It might be time to hire a personal assistant to keep me on task or really commit to finding a balance that works for me.

Do you find yourself juggling multiple projects at a time? If yes, I’d love to hear how you keep on top of it all! Trust me, I can use all the tips and tricks I can get.

With a little help

Are you there Summer? It’s me, Symone

Gnomorah is happily nesting in the only Christmas

Happy Halloween! 🎃 🧠: Adventure Gnome by @i

Late post because this was a mystery knit along an

Kick up your leg and rejoice! The With A Twist pat

Hello to my August gnomes, Gnomber 1 and Gnomber 2

You've got me San Francisco. Adventures in Califor

I've been so busy traveling I forgot to post my Ju